Flaws and failure provide unparalleled opportunities for memorable moments in D&D. In this article, we’ll focus on flaws. We’ll look at why players and DMs underutilize them and how to fix that.

What are flaws? According to the Basic Rules: “your character’s flaw represents some vice, compulsion, fear, or weakness—in particular, anything that someone else could exploit to bring you to ruin or cause you to act against your best interests.” Most D&D 5E characters have 1-2 flaws and these are often picked from a list associated with the character’s background. In my experience, flaws are rarely used and often forgotten. I’ll be honest, as a player, I’ve even forgotten my characters’ flaws before. As a Dungeon Master, I have a hard time keeping track of all the characters’ flaws. And an even harder time using for them.

The first is easy to remedy. It’s always helpful to review your character before each session. Many of us check spells, class features, recent events, etc. Make sure your flaws make it into this pre-session review. Read the flaw. Think about what it means to your character.

The second is remedied by players and Dungeon Masters. Players can actively set goals to have their flaws come into play every few sessions. They can look for and create opportunities themselves. But the real power lies with Dungeon Masters. They’re creating situations and determining consequences. If your players don’t pick up on an opportunity for a flaw to get involved in the story, point it out. Remind them of the flaw. Or simply ask, “does your flaw play into this situation?” Let the player take it from there.

But even when flaws are brought into play, they’re often forgettable or frustrating gimmicks. Nothing more. Here are a few ways to change that.

Flaws Should Unite the Party

Flaws can be frustrating. And that’s to be expected. But they shouldn’t interfere with a healthy party dynamic. Flaws shouldn’t divide the party. Flaws should unite the party. If the rogue has a gambling problem, she shouldn’t be allowed to steal another character’s loot and gamble it away. That’s incredibly frustrating for the other character and there are better ways to engage that flaw. Perhaps, the party needs to do a quest for a local crime lord to save the rogue from her debts. But in doing so, they also gain the favor of that crime lord. Whatever the outcome, it needs to unite the party (even if it’s after some minor frustrations). As inconvenient as they may be, flaws are part of who we are.

Flaws shouldn’t be restrictive. They should enable fun and interesting stories. Take the following flaw, for example. “I turn tail and run when things look bad.” This character might run in a tough fight. That’s not much fun for that player or anyone left for dead in the party. But what if that character ran and accidentally found reinforcements? Or what if a seemingly dangerous situation turns harmless after they’ve already run? Flaws shouldn’t restrict or limit characters. They should enable interesting and tailored opportunities.

Flaws to the Rescue

When designing adventures for our players, we can ask ourselves one very important question: How can this flaw become the one thing that will save the party in this adventure? And here’s the secret: it doesn’t have to end up working. But it gets us Dungeon Masters thinking about flaws during adventure creation and that’s what matters.

Here’s a look at some example flaws found in the Basic Rules and how you could answer this question for each.

My piety sometimes leads me to blindly trust those that profess faith in my god. The cleric wants to trust a strange outcast. Nothing about this outcast is trustworthy. But in the end, it’s the outcast who delivers the party exactly what they need.

By my words and actions, I often bring shame to my family. In doing so, the paladin is disowned by his family. The family is revealed to be enemies of the baron that the party needs on their side. He openly accepts them because of the paladin’s rift with his family.

I can’t keep a secret to save my life, or anyone else’s. The bard is told that the bartender has a secret stash of whisky in the cellar but to keep it a secret. Naturally, the bard tells the captain of the guard. Upon further investigation, they find out that the secret stash is actually the missing gems the party is looking for.

These are really basic examples of answering that question for a flaw. You can go much bigger and deeper with the story.

Flaws provide unparalleled opportunities for memorable moments in D&D. Keep them top of mind by reviewing your character’s or party’s flaws. Ask players “does your flaw play into this situation?” Think of flaws as opportunities, not restrictions. Use them to unite the party. Ask yourself, “how can this flaw become the one thing that will save the party in this adventure?”

How do you use flaws? Let me know on Twitter! 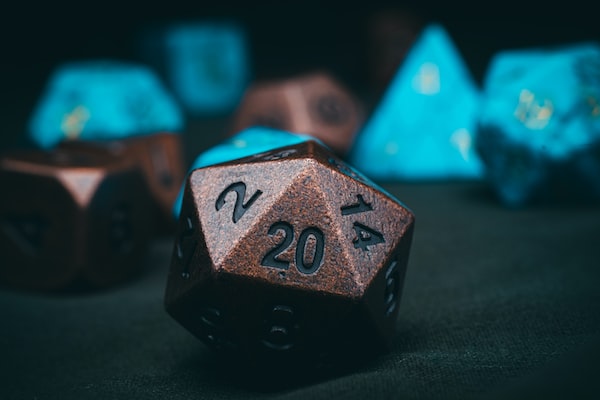 I've run hundreds of games of D&D. In the last year, I dabbled in a few games as a professional game master (paid to GM). Here are three things I learned.

Destiny’s Point is an adventuring town. The town and region surrounding it are filled with colorful NPCs, fantastic locations, and rich lore to inspire your games.